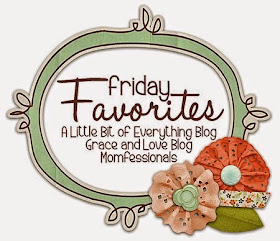 Happy Friday! Instead of the typical post of five things. I Just want to share our newest family member. We have been wanting a new dog for a long time. About a year ago my husband picked up a puppy but he didn’t think about the fact that it was a breed not allowed where we lived. So we have been looking out for a smallish dog that would get along with our other pets and kids. So we heard from someone of this puggle that needed a home and he sounded perfect.

So yesterday we went to go pick up this little cutie. It was an hour drive to where we picked him up so the hour there and the hour back were spent trying to pick a name. Bella wanted a cute name and my husband wanted to have more of a masculine name. They went back and forth but finally we settled on Groot. Guardians of the Galaxy is one of our families favorite movies so that’s where the name comes from.

Driving home after we picked him up. He’s our baby now.

Bath time in the sink

All wrapped up in some towels by big sister Bella

Here is our little cutie

Nap time with his toys

So now we are in the process of puppy training. He doesn’t seem to like the idea of going outside to go the bathroom so we are constantly cleaning up after him and taking him out all the time. Also it’s a constant battle to keep stuff out of his mouth that he isn’t supposed to be chewing on. All normal puppy things that we will just have to train him not to do. He likes our other animals but they don’t like him yet. He chases our other dog around and she is terrified of him. Granted he weights like five pounds maybe and she weighs 45 pounds but she’s still jumping on beds and couches to get away from him. He will only get to between 15 and 30 pounds so she’ll always be bigger and hopefully she won’t always be afraid. I want them to friends.

So we are all in love with our little Groot and if you follow me on Instagram you will see lots of photos of him. He’s my new little model.