This was a simple organization idea  project where we took something that we had that wasn’t being used, old nightstands,  then spruced them up so they would  get better use. Simple organization ideas should be just that simple, solve a problem and hopefully not cost much money.
So here is my first completed project. My pictures aren’t real great but that is one of the skills I am working on. When you enter my house you walk straight into the kitchen so all of our stuff gets put on counters which we don’t have a lot of. What we needed was a place for purses, backpacks, mail and other things we bring in from the car to go, instead of the kitchen counter. I forgot to take good before pictures. I basically decided to take a blank wall in our dining room right off the kitchen and make a space to put things and some extra storage.

we took two old nightstands to use for the space. Here are the fronts of the nightstands. They were pretty beat up,

here are the nightstands against the wall in the dining room. 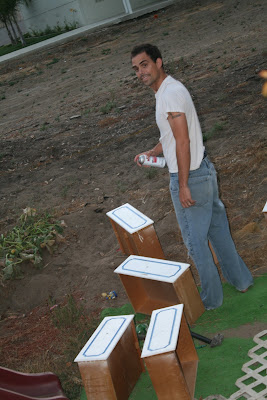 My husband priming them  outside in our yard,
My daughter wanted to watch the spray painting. Well she wanted to do the painting but we decided a big no to that 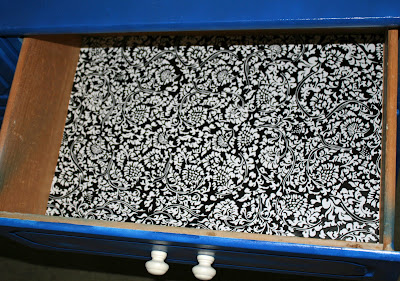 Lined the inside of the drawers with this pretty pattern. My husband helped with this part as well because I don’t have full use of my left hand and it’s too hard to do one handed 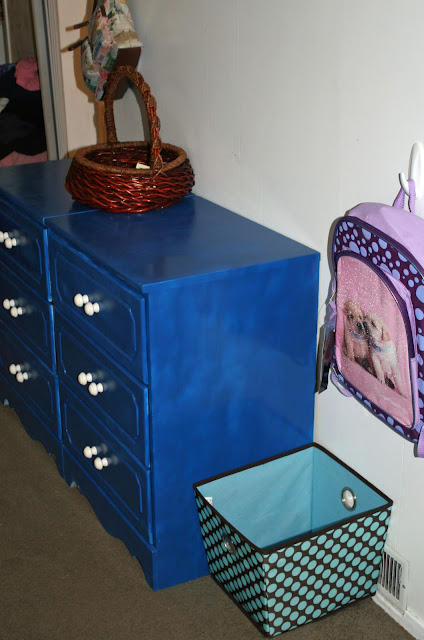 added a hook to hang up the back pack for when school starts. The blue and brown basket underneath is for shoes, toys she leaves out so that I can put them in there and she can put them away. The brown basket on top is for mail so it doesn’t get put all over the place. 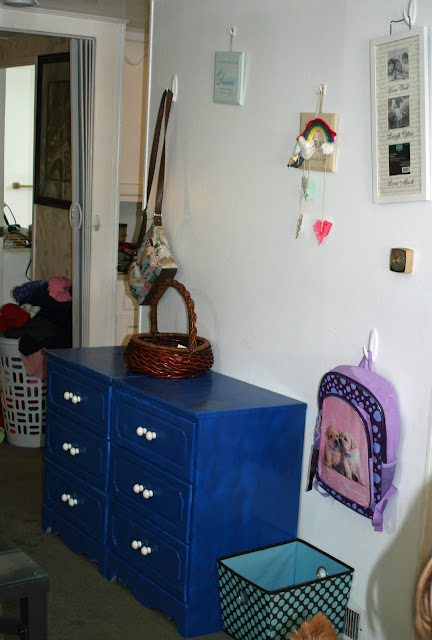 Also added a hook for my purse. Going to hang up photos on the wall once I decide which ones to use. I have a ton of frames that need to go up.
I like the space and it was pretty inexpensive. All I bought was spray paint, knobs for the drawers, drawer liners and hooks. Everything else was from around my house. The whole project was about $25-30.
What do you think?
Project update: Through going through old posts to update. I found this one and wanted to share that it’s been two years since this project and we don’t use them in the dinning room anymore, we have a big bookcase there now. However the two night stands were still one of my favorite simple organization ideas. They have been used for storage in a couple area of the house and are now being used in my daughter’s room because her dresser broke.

Sign up for the 5 Day Get more productive challenge

Get your copy of: How to Finally be clutter free

100+ things that you can declutter today85K Total Shares

ten lessons to take away from a horrible experience.42K Total Shares

Dear daughter 10 things I want you to know19K Total Shares